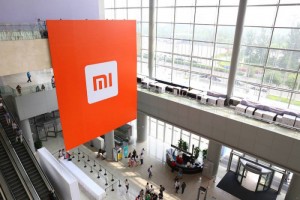 Innovative Chinese Smartphone manufacturer Xiaomi, one of the world’s largest Smartphone developers, have this week tipped the laptop market of a potential release in early 2016.

Developed to compete with the Mac Book Air and hoping to capture the same success as they have in the field of Smartphones, One tech Gadgets are very excited about this news.
Why? Because the Mac Book Air is potentially the most formidable, expensive laptop out right now.

The thought of a cheaper version at a fraction of the cost, is definitely something to get excited about!

Xiaomi are renowned for selling insanely cheap budget Smartphones with the same specifications as high end devices at a fraction of the price. Having taken the Chinese younger generation by storm with securing a huge Smartphone fan base and dubbed the ‘Apple of the Chinese market’ will they manage to compete directly with tech giants such as Apple?

With 1000 UK consumer poll asked if they would consider a budget option over the pricier high end devices over 90% said yes! But can they really manage to capture the kind of response in the West as they have back in China?

Rumoured specifications : Sadly with no specifications revealed apart from a 15 inch device, potentially could run Linux, or a price, we are to expect similar to the MacBook Air and no doubt one step up from Apples offerings.

What we do know is the average consumer will spend around £300 - £600 on a laptop so we are expecting to see the Xiaomi laptop priced with in that region. Rumoured to already be under development with Investec, shipping will start as early as the first quarter of 2016, we have no idea on the OS being used, if it will run Windows 10, but we would not be surprised to see Xiaomi come up with something astonishing in terms of emerging technologies, rumours have surfaced of a Chromebook but ‘the proof is in the pudding’ we will just have to wait and see!