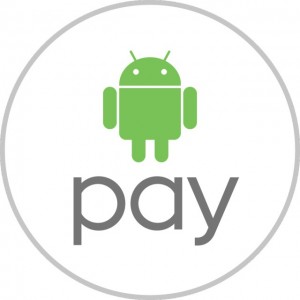 In June of this year Google developed and launched a number of cutting edge apps and IOS enhancements, Android IOS v6.0 Marshmallow and Google Android Pay yesterday. Android Pay allows users to pay for products and services via storing credit card details, loyalty cards and other payment options with any NFC enabled Smartphone.

Android Pay - Set to replace Google Wallet, is an innovative new app launched by Google yesterday in the US. Already supporting the use of MasterCard, Visa, American Express, Bank of America, Capital One, Citigroup, is this set to be something big?

With the market estimating to be somewhere in the region of £650bn by 2017. How many of us actually use similar services and will we ditch the credit cards and switch?

Google Wallet – you may be familiar with launched in 2011, is now being transformed in to a money sending app, making way for Android Pay. With the growing trend in ‘Tap to Pay’ technology, how many users actually downloaded the app and put it into action. Records suggest Google Wallet has reached up to 50,000,000 worldwide downloads since its launch.
So why should we be excited about the launch of Android Pay in the UK. Ultimately will it change the way in which we go about our day to day bill paying activities?

With Apple Pay being made available just today to Lloyd's, Halifax customers, when can the UK consumer expect to see the release of Android Pay in the UK? The short answer is – We don’t know as of yet but rumours suggest, we can see the launch expected in the UK, Spain & China in the coming months.

Reasons Why We Should Switch to Android Pay

It’s quite simple, this payment method reduces the risk of data theft. Instead of the normal payment methods of handing over credit card payment details to a retailer, and punching in your pin, Android Pay & Apple Pay both generate ‘token based authentication’ in effect no data is actually changing hands what so ever, blocking the risk of data fraud.

From the get go, setting up the app is so simple. Just add your card details to the app, take a picture of your card, and you’re all set to use ‘tap to pay services’ with Android Pay. In store, it gets even easier, open your app and tap your device to the readers, to avoid mistakes you’re prompted to double check the transaction and tap again. Finished! Paying with a mobile device is quick and easy

Can a Phone Really Replace Your Wallet or Purse? 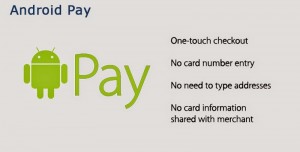 Well yes it can in theory, but the reality is for now is are retailers prepared to invest in the technology. For us it’s definitely worth adopting, the layers of protection one can expect from this method of payment, beat the age old card hands down.

At One Tech Gadgets we stock numerous Smartphones adopting NFC technology, from brands Xiaomi, Lenovo, Huawei, Asus, ViewSonic, Teclast, Onda, Cube, Chuwi, to name a few. If you would like to adopt using the new ‘Tap to Pay’ Android method of payment and are looking for advice on which device would suit your needs best, don’t hesitate to contact one of our expert advisors. Don’t forget OneTech Gadgets offer secure online payments methods, speedy delivery and a 14 day money back peace of mind guarantee.