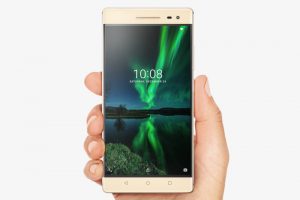 Lenovo’s PHAB 2 Pro range of smartphones are the first android smartphones to have Google’s project Tango incorporated into them. This gives the user spatial awareness and offers gamers a more realistic gaming experience. Lenovo have also launched The MOTO Z which is an ultra thin modular smartphone. 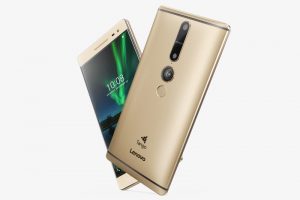 Tango is able to track movement, perceive depth and sense areas. Tango can even produce 3D maps of space and the inside of a building. Tango in smartphones will lead to major changes in how we interact with our surroundings. Tango has been dubbed  ‘Terminator Vision’. The PHAB 2 Pro guarantees a more realistic gaming experience due to the Tango technology. 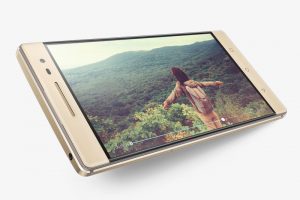 Lenovo’s Phab 2 Pro android smartphone has an aluminium body and will be available in gold or grey. The device which is a super slim 8.9mm is powered by a Qualcomm snapdragon 652 processor and a 4050 mAh battery.

The screen on the Phab 2 Pro features assertive display technology which adapts to bright sunlight and reduces reflection. The Phab 2 Pro offers a generous 64GB of ROM and 4 GB RAM. Lenovo's PHAB 2 Pro has a finger print scanner giving added security Great photos can be captured with the 16MP rear camera and 8 MP selfie camera. 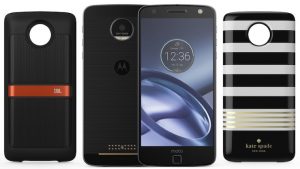 Lenovo have also launched an ultra thin modular smartphone under the Moto Brand name. (Lenovo bought out Motorola 2 years ago).

Lenovo’s new Moto Z android smartphone is a real game changer. Instead of trying to pack loads of stuff into the smartphone additional functionality is delivered using ‘MotoMods’. The ‘Mods’ are magnetically snapped on to the back of the device giving users extra features and functions as and when needed. This means you can do even more with your smartphone yet it is still slim and stylish. 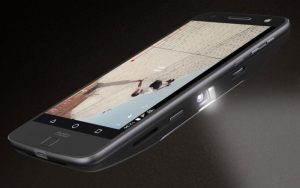 The ‘MotoMods’ currently available include a projector which enables you to project images onto a wall from your smartphone, a speaker and a power bank. The Mods will not come as part of the smartphone package. MotoMods will be sold separately and are expected to cost around £35 to £70 each. 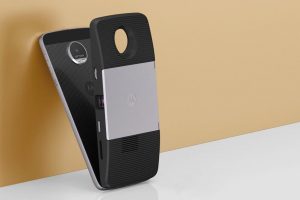 Lenovo’s new Moto Z android smartphone features a 5.5 inch touch screen. The Moto Z is powered by a Qualcomm Snapdragon 820 processor and a 2600 mAh battery. The device features a 13 MP camera and a 5 MP selfie camera.