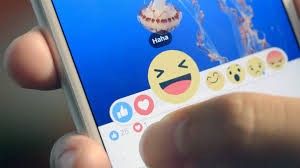 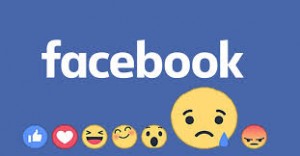 Facebook's new 'Reactions' are made up of; a red heart to express love and a laughing face to say' ha-ha'. To say 'wow' simply use the surprised face. The teary face expresses sadness. If you are feeling furious you can insert the angry face.

Initially some smartphone users reported difficulty finding and using Facebook's new emojis. If you haven't  worked out how to use Facebook's 'Reactions'; you simply need to long press the 'like' button on a smartphone.  If using a PC try hovering the mouse over 'like' to bring up the new emojis. 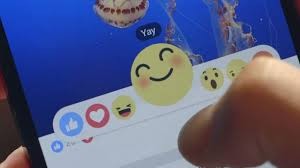 Many Facebook users would prefer the 'Reactions' to be lined up next to the like button. This would make the new emojis easier to use. Facebook probably won't do this as they are keen to keep their look uncluttered. Unless Facebook users really don't get to grips with finding and using the 'Reactions' Facebook are unlikely to change their location or line them up.

Facebook users who access the social media platform via smartphones and tablets clearly love the new reactions. No surprise as they were primarily developed for mobile device users. The 'Reactions' concept was born about a year ago when Mark Zuckerberg finally conceded that Facebook users needed new ways to interact with posts. Since the introduction of the 'like' button in 2009 users have repeatedly asked for a 'dislike' button. Facebook have not added a 'dislike' button due to fears that a 'dislike' button could be used for bullying. 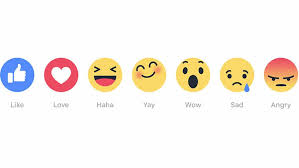 Over 90% of Facebook's users now access the social network via a smartphone or tablet. Facebook's mobile users demanded a quick, easy and gesture based way of leaving feedback. Facebook analysed the stickers, comments and emoji most frequently used by Facebook users around the world and discovered that humour, sadness, shock and love were the most common feelings expressed. 'Reactions' enable Facebook users to express their emotions easily;  without having to compose lengthy comments. 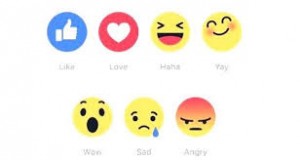 Facebook's 'Reactions' appear to meet the demands of smartphone and tablet users around the world for quick and easy interactions on mobile devices. Facebook is used globally in 70 languages, so the new emojis needed to be internationally accepted and recognised.

Why not treat yourself to a new android smartphone or tablet to enhance your Facebook experience? OneTech Gadgets have a great range of affordable android smartphones and budget tablets. These mobile devices are perfect for keeping up with Facebook and other social media networks.

OneTech Gadgets are a UK based online store who stock an exciting range of smartphones and tablets from great brands such as Lenovo, Xiaomi and Teclast.
To take a look at OneTech Gadgets' latest special offers and deals on android smartphones click here.