Android 6.0 Marshmallow 'lock stock and barrel specifics' - So what’s new and when can we the UK expect the release? 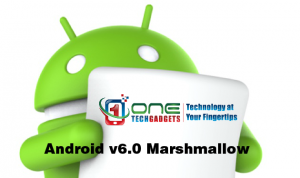 With the Android community’s speculation and guess work, Google has formally revealed what the M in Android M stands for Android 6.0 Marshmallow

With Nexus Android Smartphone users already seeing the benefits of the new Android OS, and with its UK launch just around the corner.... what can we the consumer expect in the coming months?

Our experts are able to reveal exactly what to expect from Android 6.0 Marshmallow including the anticipated release date and new features.

It has been suggested Android 6.0 Marshmallow OS has been stripped down back to basics, addressing and concentrating on fine tuning actual features, addressing security and problematic bugs.

With so many new features, the Android phone and tablet user has so much to look forward to. Our experts have cherry picked just a few and highlighting the security improvements to give you a sneak preview of Android 6.0 Marshmallow. 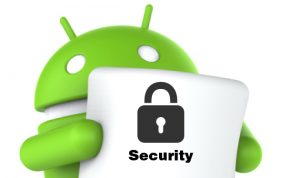 We love this feature at One Tech Gadgets - Google have nailed this much needed feature.
Android v6.0 Marshmallows security feature allows the user to take a 'segmented' approach in granting access to contacts, location, phone, storage when downloading apps and protecting their devices. Where previously we authorized apps access to whatever the developer wants in order for them to run, now that’s not going to be the case. Because of Android’s extensive user base, this feature is definitely critical and towering towards building back confidence in Android OS and user security empowerment. A much needed critical addition from a user and security prospective. The Android 6.0 Marshmallow OS works much like Apples iOS in this instance. 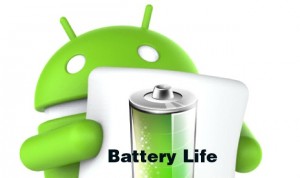 A much needed improvement that gamers and the alike will be pleased with is the adoption of a new feature called 'Doze'. Doze allows built-in sensory technology to detect whether the device is in use, if not Android acknowledges this and shuts down the additional Android component activity which is imperative to prolonging battery performance and vitality. User Type C USB is also a new integration. The next generation USB will allow for quicker and easier charging capacity, thanks to the adoption of this universal USB port.

Another smart addition is the new app linking functionality, allowing apps to call up the use of another app swiftly and effectively by way of one click or a link. In the outdated older versions of Android, previously you were expected to confirm via a pop up dialogue box allowing permission, this is no longer the case.

This little addition is genius, we all know how much of a problem cutting and pasting content from web pages and documents can we be on different devices, and this does not fail to simplify the process. Allowing the user to cut and paste with complete ease, instead of having the cut and paste option fixed, the new tool bar floats a few millimeters were ever a text selection is highlighted, thus removing the option to scroll to get the functionality we require.

Autumn 2015 we can expect to see the roll out of this new Android version to phones and tablets. No specific date has yet been given. Already Google devices such as Nexus 5/6/9 and the set top box can see Android Marshmallow 6.0 improvements. We conclude - All changes, even the most longed for, can only make way for dramatic improvements. Seems Google and Sundar Pichai got these much needed improvements right, we look forward to seeing more positive additions to Android in the coming months.

OneTech Gadgets supplies the UK consumer with the most cost effective tablets, smartphones and Android devices the UK market has to offer, at exceptionally low costs compared to competitors. If you would like to secure a new device with Android v6.0 Marshmallow OS then chat to one of our experienced Android experts online now. Don’t forget out 14 day money back guarantee, terms and conditions apply.