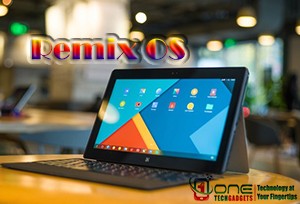 #Remix OS 2.0 /Andriod  - If you haven't heard yet or even if you have, I suggest you take a moment to give this article a read as the Andriod horizons are about to change.

What if Android was designed not only for tablets and mobiles, smartphones - but laptops and desktop PC’s?

What would it mean for your average business user, are we prepared to run this sort of OS day to day to replace ‘the ever dependable Windows OS’? Maybe, no doubt this will all boil down to price!
Remix OS 2.0 is causing a buzz and reminiscent of Windows, however - Android.

Developed to run more like your classic laptop or desktop OS, running all your favourite apps and supporting Google Play certification. Lessening the need for dual booting OS technology.

Remix OS is now pre-loaded on a growing number of Andriod devices, with development quietly progressing, setting the scene for a new trend of OS – possibly, or it this just a desperate ploy to fill the gap where lifelong supporters of Windows might fire off in the other direction in search of a cheaper alternative? 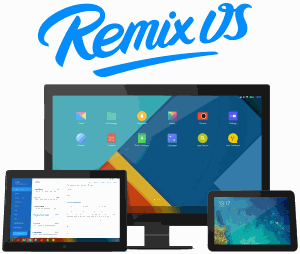 So what can we expect to see from the Remix OS in the near future, how will this OS have an impact on the day to day running of business operation?

July 2015 saw the launch of Remix OS 1.5, with the newly improved Remix OS 2.0 eagerly awaited, lets us take a sneak peek at what we can expect from the upgraded Remix 2.0 Operating system?

Having watched the preview, ever heard of Jide technology?
Three x Google employees are set to make history with the launch of the Remix OS for laptop and desktop users with the launch of the REMIX Mini, set to ship in October 2015. Recently Jide Technology launched a Kickstarter campaign for the Remix Mini. With ambitions to raise $50 thousand in crowdfunding, this dynamic team of three have already seen investment of over $1million pour in with in a matter of weeks.

It will be interesting to see how the guys from #Remix aim to tackle the ‘around the clock’ security concerns with the Andriod platform, will they encourage the business user to jump ship in favour of Windows?
Comments on security from remix directly insinuate that ‘latest release of Remix OS. Our OTA updater automatically brings you the newest version of our software on a regular basis and clearly indicates what changes are being made to the system. We're committed to making sure that you have the latest and greatest version of Remix OS from the moment it’s released’. Very much like Windows updates, but will they be able to tackle the problem of minimizing restarts and reducing interruptions?

Let's wait and see what new innovations will be released. ... We're witnessing not just rapid changes, but major transformations on so many levels. 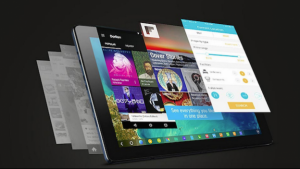 You can order your Cube i7 online via our website and If you’re not sure 100% sure of what your buying, please speak directly to one of our helpful experts, via our chat facility. They will be only to happy to help.  For [peace of mind, we at  One Tech Gadgets offer a no quibble money back guarantee – Secure your Cube i7, become part of the #RemixOS revolution!