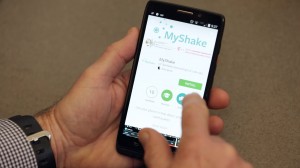 With the new MyShake earthquake detection app you can help to save lives. Simply by downloading MyShake you will be contributing towards the advancement of accurate predictions of earthquakes plus the development of an early warning earthquake alert system.

Smartphones have proved to be invaluable when natural disasters such as earthquakes have struck. Following the Nepal earthquake in 2015 several major tech companies including Facebook and Google offered relief and recovery services via smartphone apps. Google's 'Person Finder' helped locate missing people whilst Facebook's 'Safety Check 'app enabled survivors to let their families know they were safe. 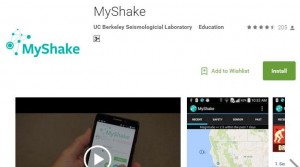 MyShake is a new earthquake prediction app that turns an android smartphone into an earthquake sensor. MyShake could become a life saver and greatly reduce the number casualties when an earthquake strikes. Right now the app is being distributed, tested and validated. The app uses a smartphone's motion sensor (accelerometer) to record shaking; basically turning any android smartphone into a mobile seismometer. If earthquake characteristics are detected MyShake will record the time and strength of the tremor. This data along with the smartphone's location will then be sent data back to Berkeley Seismological Laboratory for analysis. 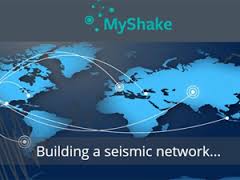 MyShake is in the process of being developed so that in the future it can deliver early warning systems. A text message will be sent to warn people of impending earthquakes in their area. The developers target is to deliver a forty second warning when tremors are coming. Forty seconds may not sound much, but it would give people enough time to move to a safer place and take cover. Richard Allen one of the app's developers from the team at the University Of California explained ' Just a few seconds is all you need to drop, take cover and hold on'. Giving people this short time to take cover could reduce earthquake injuries by as much as 50%. 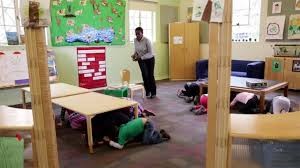 My Shake app was released for android smartphones last week. Currently there is no iOS version of MyShake. To collect good data the app needs around 300 smartphones per 1000 sq km. By downloading the app you will help to contribute towards testing and improving the app. MyShake was released last Friday and has already been downloaded to over 50,000 smartphones by users in 6 continents. MyShake app can be downloaded here.
My Shake will contribute to and speed up quake alert systems already in place. The app works quietly in the background and you wont even notice it running on your smartphone. MyShake can sense earthquake tremors even if your smartphone is in a bag or pocket. Smartphones running MyShake are connected to already existing seismic and GPS monitoring signals. MyShake correctly predicted earthquakes 93% of the time in simulated tests.
Older smartphones may not have the features needed to become mobile seismometers. If you are going to use your smartphone to help a good cause you deserve a new android smartphone. A new android smartphone will give you many advanced features and benefits.