Two Thirds Of Brits Will Own A Smartphone By 2018 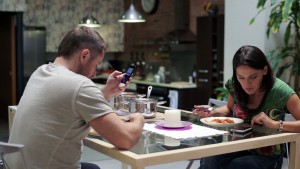 Over 55% of British adults now own a smartphone. This figure is expected to rise to 69% in 2018. Since the introduction of the first smartphone 8 years ago smartphones have transformed how we communicate, how we consume media and how we are entertained.

In November 2007 the first iPhone invented by the late Steve Jobs went on sale in London The device cost £269 but Apple fans queued all night to become owners of the world first touch-screen smartphone that had apps and enabled high-speed internet connection.

The iPhone led to a revolution in the way we communicate. Despite the success of the iPhone it was beyond many peoples budget and Nokia continued to dominate the mobile phone market with their simple to use affordable devices until 2010 when their failure to innovate caused their downfall.

Driven be Apple's success other mobile phone manufacturers rushed to develop their own smartphones. From a limited range of high-end smartphones developed by big brand names, we now have a massive choice of smartphones to suit everyone's demands and budget.

What is driving the increase in smartphone ownership? 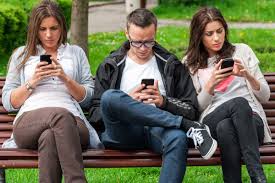 Smartphone prices have fallen dramatically due to increased competition and new players such as Xiaomi, ASUS and Lenovo entering the Smartphone market with stylish smartphones packed with great features. Its now possible to get a smartphone for under £100.

Based on how many times a day we use a smartphone against how much we paid for it, a smartphone is one of the best value devices of 2015.

We spend more and more time on our smartphones 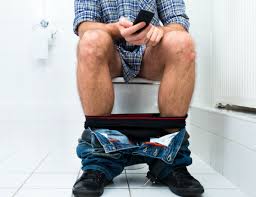 Smartphones have evolved to become full capacity computers in hand held devices which enable connectivity 24/7. Many smartphones now have built in Wi-Fi and 3G. Smartphones and tablets are replacing laptops as technological innovation enables them to do more and more stuff we used to do on laptops.

Britain is becoming a smartphone-first web use country. Over 33% of Brits say their smartphone is the most important device for getting online; up from 22% in 2014.
Smartphones have transformed the way we consume media and are now the first place most people turn to for news, information and entertainment.

Smartphone use amongst 55-64 year old age group has risen from 19% in 2012 to 50% in 2015. This age group are becoming more tech savvy and smartphones are becoming simpler to use. 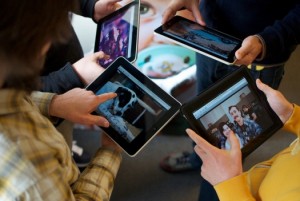 Tablets too have become must-have devices. 5 years ago just 3.5% of Brits owned a table. Now 51% of British households have a tablet and 65% of Brits will own or regularly use a tablet by 2018. This could increase even further with the rise in business-focused tablets now available.
If you're thinking about getting your first smartphone or tablet and are looking for an affordable device, there is a wide range to choose from at OneTech Gadgets a UK online store that offers great customer service including live chat. Take a look at OneTech Gadgets latest deals and great offers here.