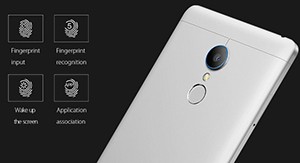 Fingerprint recognition technology has taken the smartphone market in 2015 by storm. Dominant Smartphone manufacturers such as Samsung and Apple are listening to consumers and adopting emerging technology features such as the fingerprint sensor in many of their 2015 releases.

One Tech Gadgets loves emerging technology, so we went on a mission to bring Finger print recognition as a smartphone feature, to our avid budget conscious UK consumers.
Being one of the only British entailers who offer this budget smartphone,

‘Low and behold our newcomer the ZTE V5 Pro’.

If you’re wondering what Fingerprint recognition technology is, it’s the latest set of emerging technology feats, in this case increases the level of security, allowing you to bypass the original methods of entering a pin to unlock your phone.

This smart new technology quickly reads your fingerprint and automatically unlocks your phone. Furthermore this feature has been linked with apps allowing you to better manage security when operating and managing apps. Giving you the user a better way of tackling data compromise, and a higher level of security.

So let’s look at how ZTE inspire to offer something a bit different with the ZTE V5 Pro. 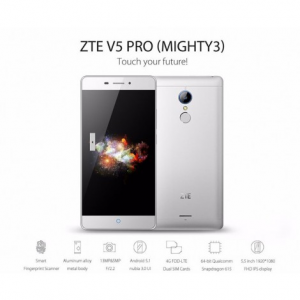 Among one of the 10 top Smartphone developers in the world, the ZTE V5 is a pretty impressive budget smartphone. Weighing slightly more than competitors in the same market at 165g, surprisingly holding this premium build device, the little extra weight gives a real feel of reassurance. Offered in sleek matt sliver housing with a 5.5 inch, Phablet size display with a Ultra High 401 ppi, 1080p resolution display. 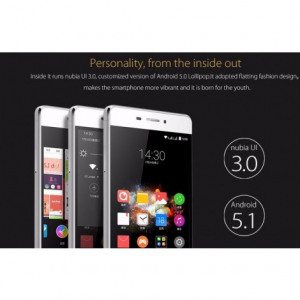 The hardware offering is great given the price of the device. A Snapdragon 615 processor offering great performance and functionality. 2 GB RAM and up to 128GB of hybrid dual sim expandable storage.

The ZTE V5 Runs on its own Nubia UI 3.0 based on Android 5.1 Lollipop. Battery capacity is  3000 mAh , ensuring great staying power with increased use. 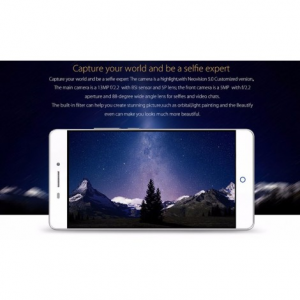 At OneTech Gadgets we are offering the 2GB of RAM version at an affordable price. That’s an unlocked phone with flagship specs and near on comparable software experience. With substantial savings over market leading brands (50%), ZTE V5 really shines for the price, packing a lot of features its’s a great value for money smartphone with enhanced security, encompassing the latest emerging technology feats!